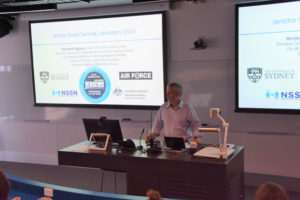 On 28 November 2019, the Jericho Smart Sensing Laboratory (JSSL) Collaboration Workshop was organised by the Eggleton Research Group in collaboration with the Royal Australian Air Force (RAAF) and the Defence Science and Technology (DST). The workshop was held in the Sydney Nanoscience Hub. 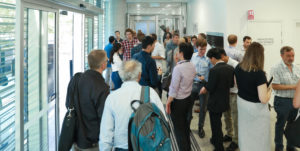 The workshop aimed to enhance collaboration between the JSSL team and the RAAF end-users as well as DSTG researchers. 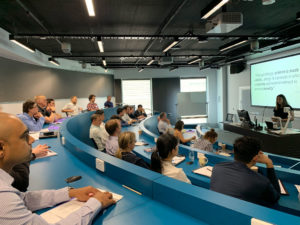 To start the workshop, Professor Benjamin Eggleton, Director of Sydney Nano and Principle Investigator of the JSSL project, gave the audiences an introduction of the JSSL projects, including its history, its vision and strategy, its milestones and long-term plans. His talk was followed by a presentation on the Personas, a design innovation activity, from Ms Carol Mackay of the Design team. The guests then enjoyed a tour of the Sydney Nanoscience Hub and JSSL laboratories, where some interesting demonstrations of JSSL projects were made. 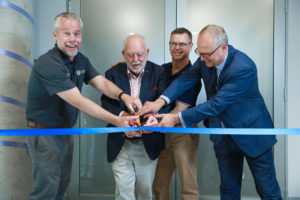 After the networking lunch, the workshop continued with breakout sessions followed by a report back discussion when valuable feedback from the end-users and collaborators was received. The workshop was concluded by the opening ceremony of the Jericho Smart Sensing Laboratories and Command Centre with the presence of Dr Paul Scully-Power, Australia’s first astronaut. The other Guests of Honour were Professor Laurent Rivory – the University’s Pro Vice-Chancellor (Research) and RAAF’s Plan Jericho Director Group Captain Lyle Holt. 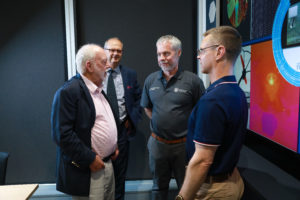